Another day of using & modifying my usage of the Water Wolf underwater camera. After an hour i had a Bluefin Trevally strike my bait but i'm thinking the weight of the underwater camera prematurely "pulled" the baited hook out of it's mouth before it was properly set. Local angler Kevin Marshall was there learning his ultra-lite techniques & did quite well releasing most of his catch.

I tried using shrimp filled Big Vic's Bait Bags to Live Baiting with crab & fish but no takers. A large GT (Bluefin Trevally) came up over the drop to investigate the vibrations of the short hook-up. I had several short hook-ups all on Arrowhead Squid but they were only bell ringers & not "sizeable" strikes. I re-lubed the units double O-rings as i'm tossing the baited hooks into deeper water now. I'm trying to target areas that i know shouldn't have physical obstructions & twice almost lost my cams getting snagged on old discarded fishing lines. I re-spooled my reels so there's a top shot of 100yd of 50lb Big Game mono. I've been able to snap through the abandoned line since. 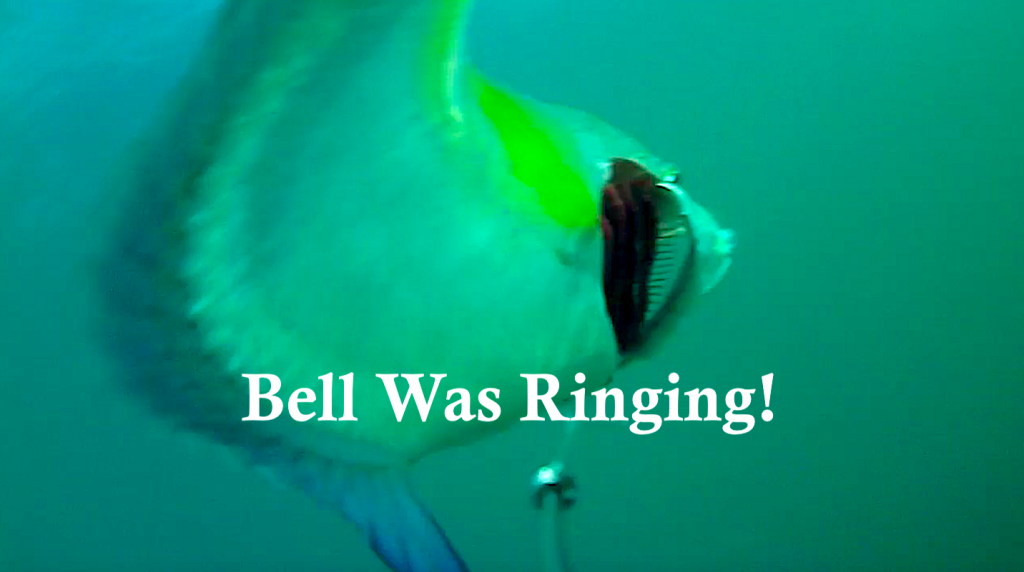