The Ray Hubbard Bass Club held our eighth members only tournament on Saturday, September 21st on our home lake, Ray Hubbard. The weather was hot as it’s been all September but we had a nasty south wind of 15-20 that made moving around difficult and put a strain on trolling motors everywhere. 36 boats came out to a normal day of haves and have nots on Ray Hubbard. Three bags over 20 pounds and twelve 0’s came to the scales. Russell Olds and Tony Schnurr teamed up for the win bringing a great bag of 21.35 to the scales. Their bag was anchored by two giant fish, one of which took big bass honors weighing 8.29. There were several other 7 pound plus fish weighed in. Here are full results and pictures. 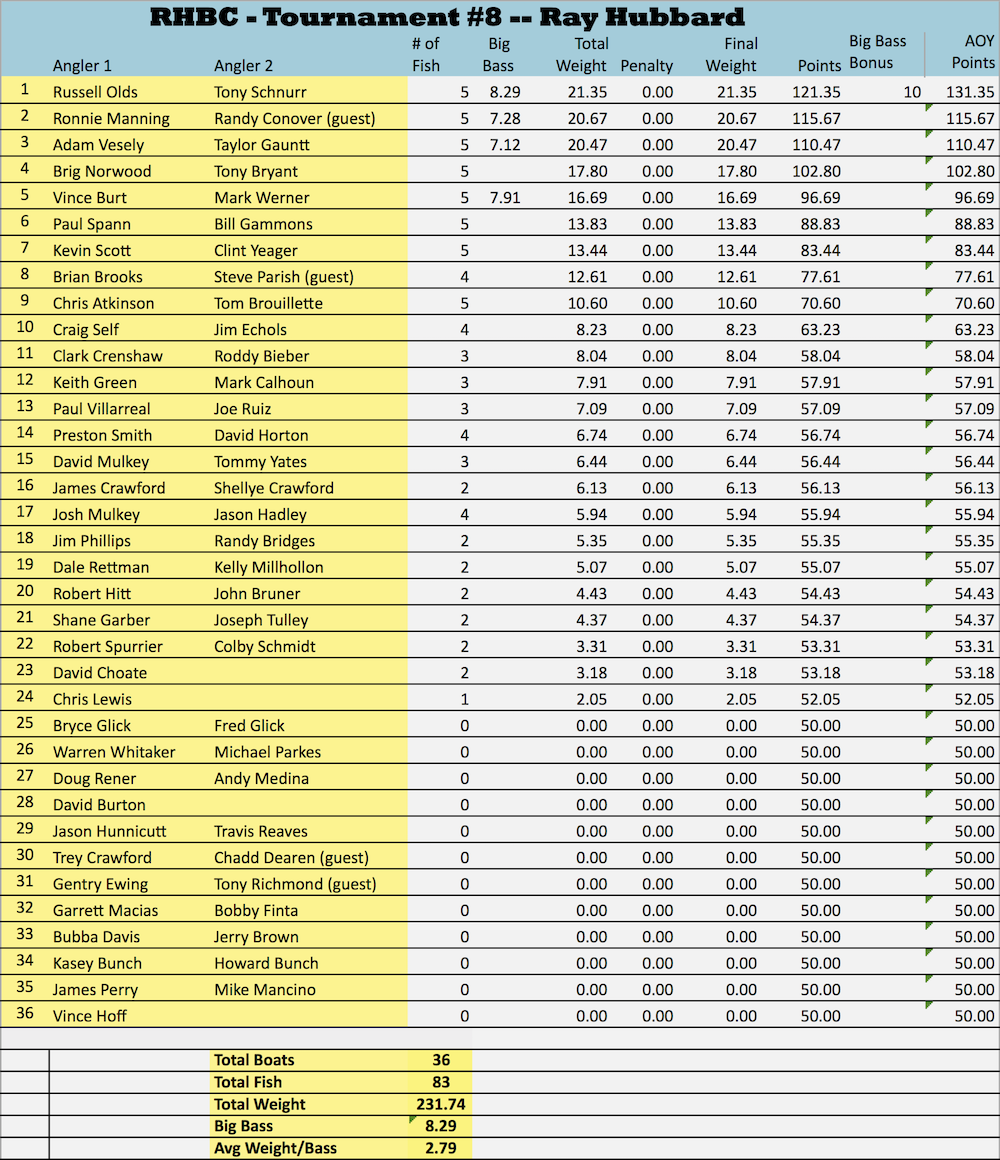 Chris Lewis had one to show for his hard work that weighed 2.05 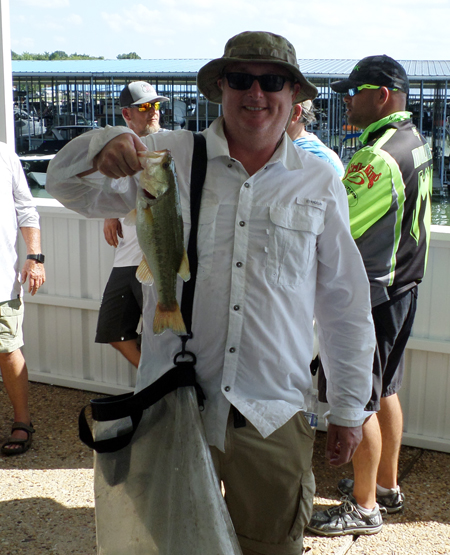 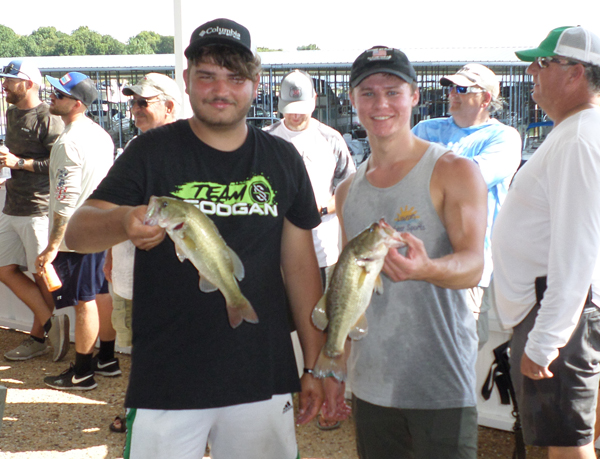 Joseph Tulley and Shane Garber with two for 4.37 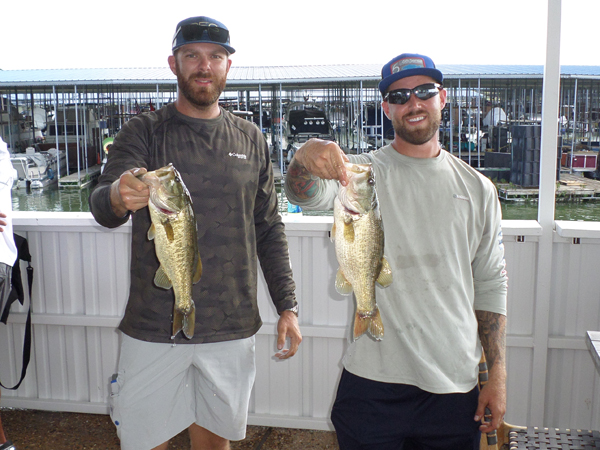 Robert Hitt and John Bruner had two for 4.43 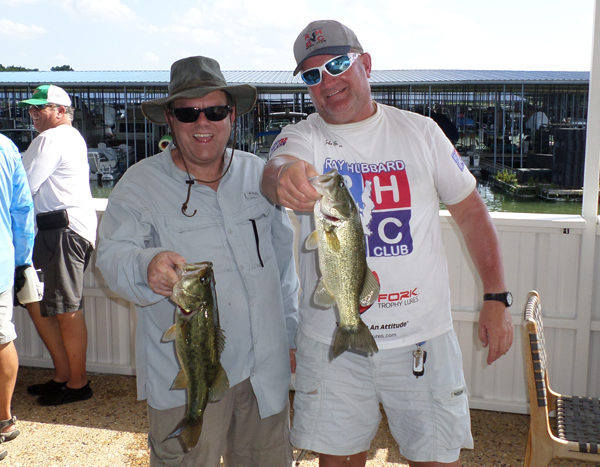 Jim Phillips and Randy Bridges with two for 5.35 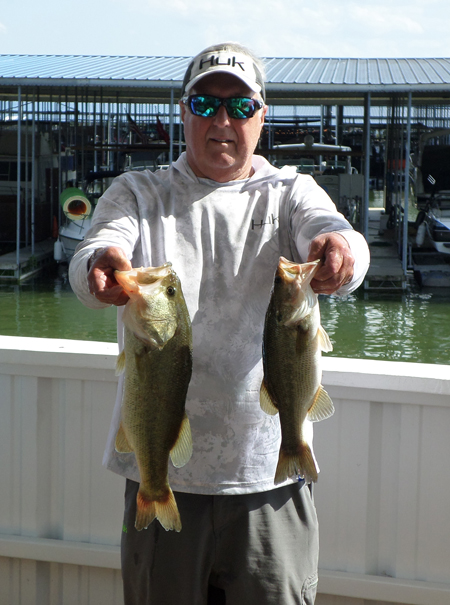 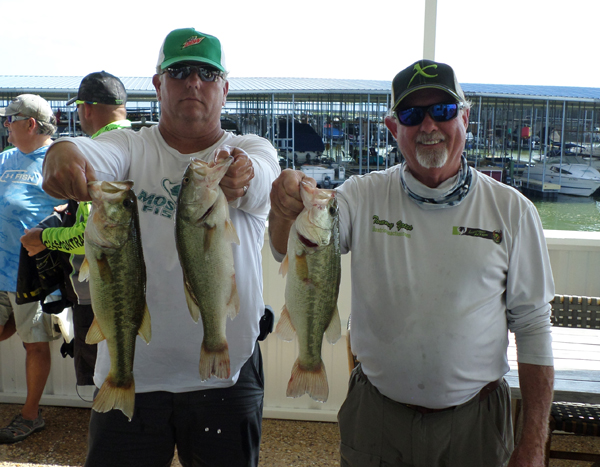 Clark Crenshaw and Roddy Bieber brought three to the scales that weighed 8.04 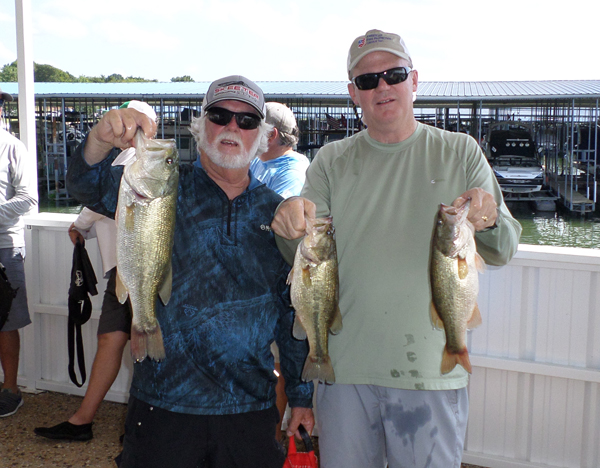 Jim Echols and Craig Self had three as well for 8.23 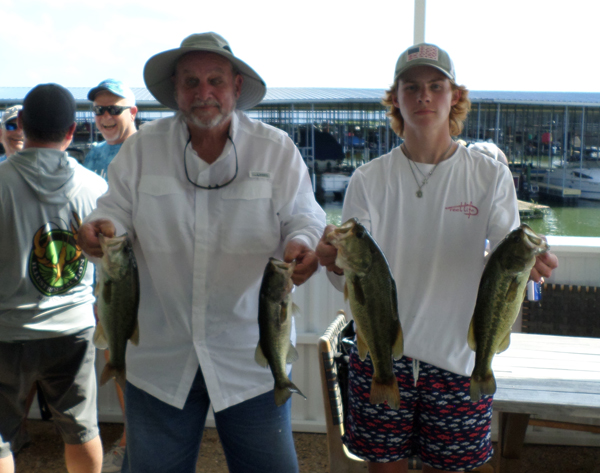 Chris Atkinson and myself scratched out a limit for 10.60 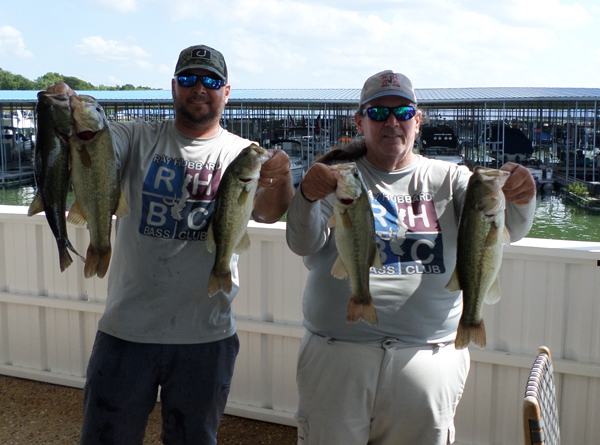 Brian Brooks fished with Steve Parish and weighed four for 12.61 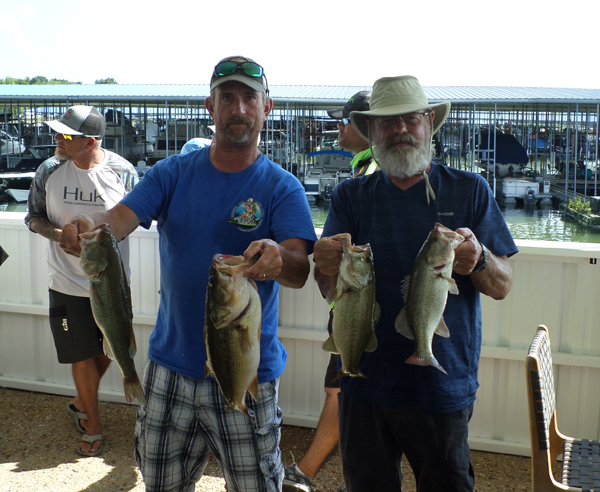 Paul Spann and Bill Gammons had another good outing finishing sixth with a limit that weighed 13.44 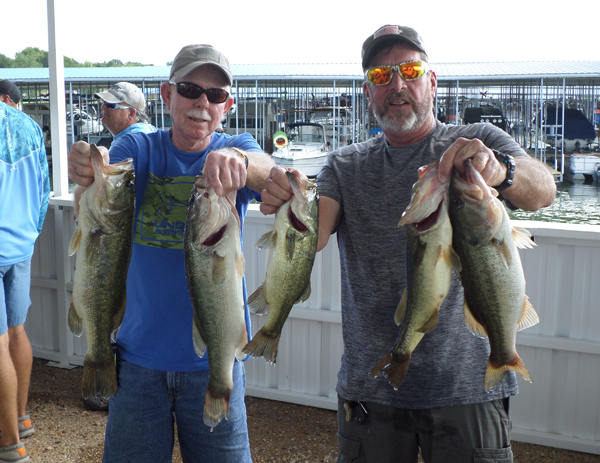 Vince Burt and Mark Werner finished fifth with a solid bag weighing 16.69 that included a 7.91 kicker which they caught right in front of us first thing in the morning. A little salt in the wound... 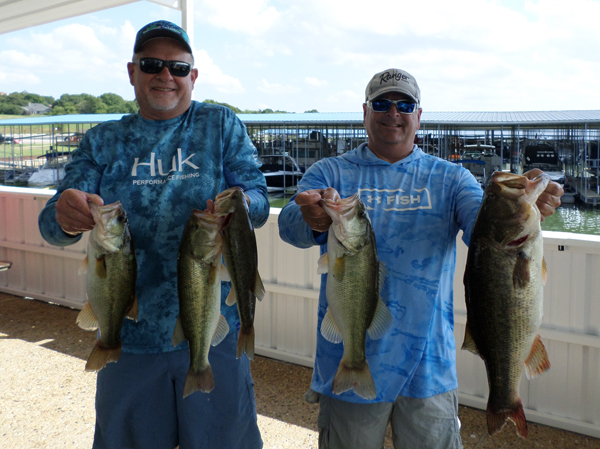 Brig Norwood and Tony Bryant didn't have any giants but weighed five good fish for 17.80 to finish fourth 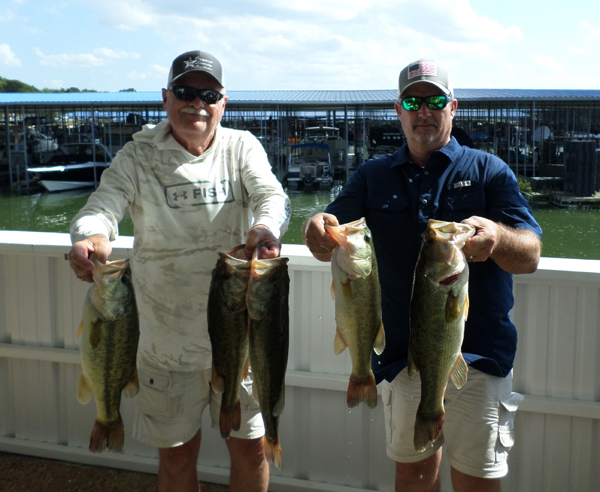 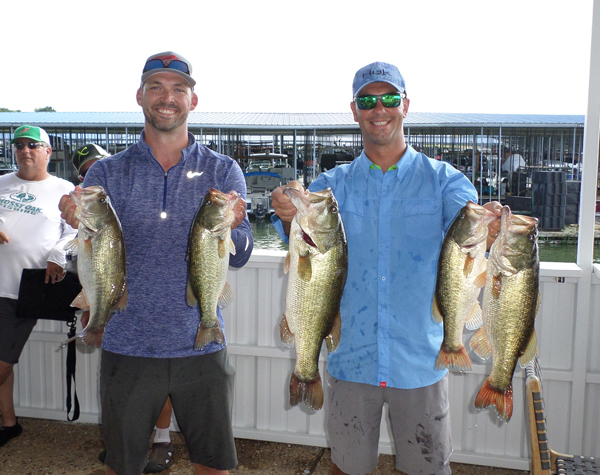 Their bag was anchored by a 7.12 toad 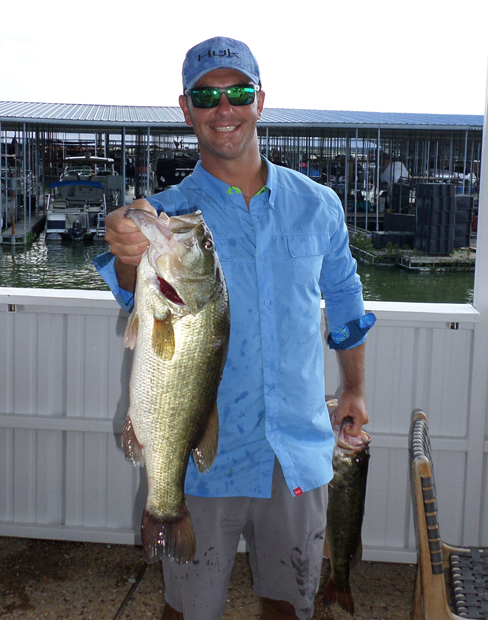 Ronnie Manning fished with Randy Conover and weighed a big limit of 20.67 to finish second 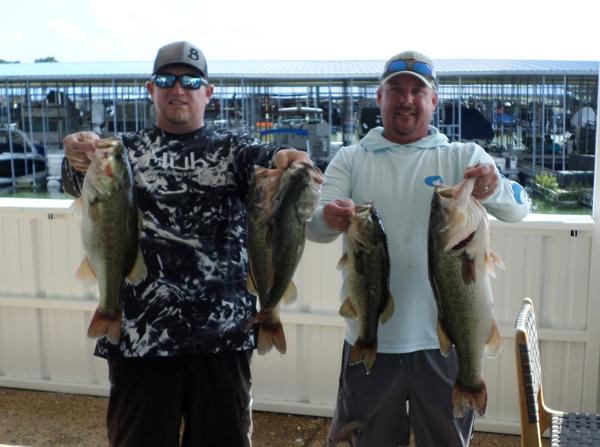 Their anchor fish was a 7.28 beast 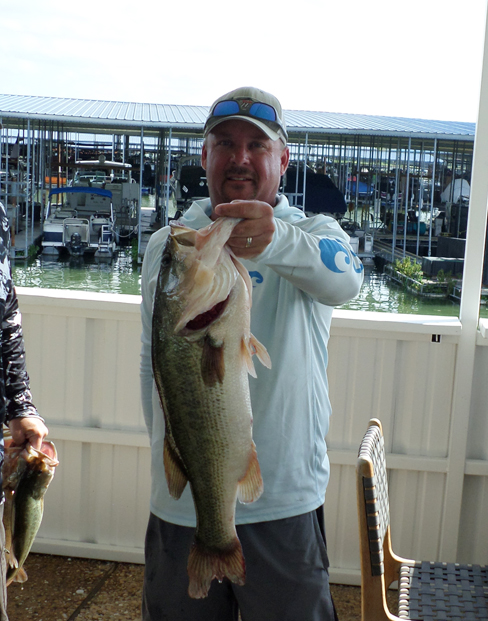 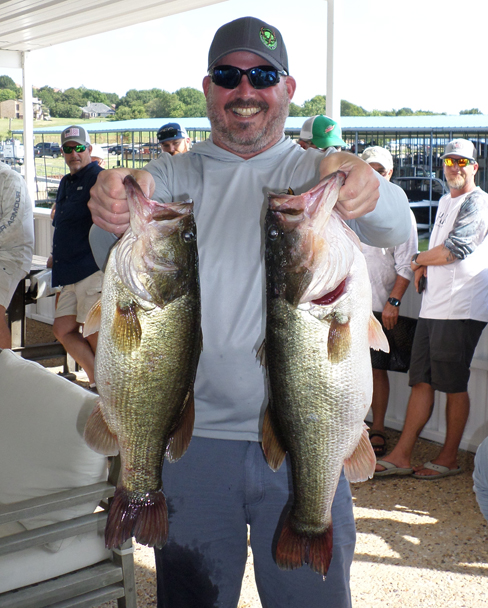 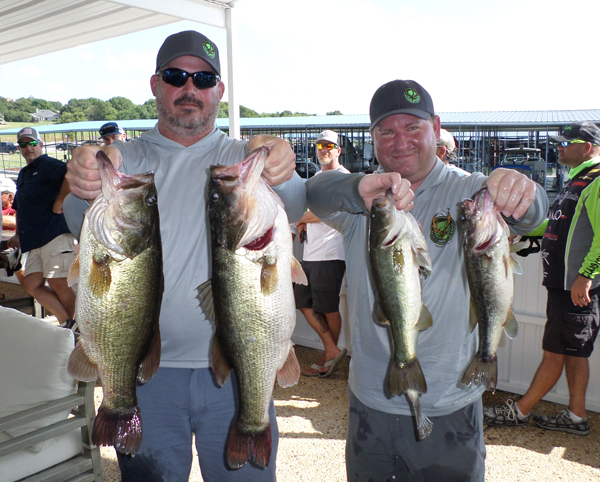 Big Bass of the event goes to Tony Schnurr and this 8.29 giant. That's a money fish! 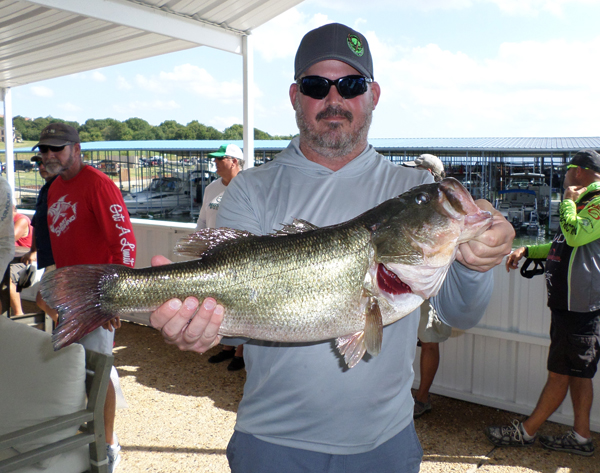 Thanks to Chris Atkinson and Russell Olds for doing live well checks. Thanks to Paul Spann and David Choate for weighing fish and Shellye Crawford for recording weights. Thanks to everyone who came out and fished. Our last regular season RHBC tournament is Saturday October 12th at Lake Tawakoni going out of Sky Point RV Park. If you need one more tournament to qualify for the Championship in November, make sure you are there. See you at the meeting and on the water!
Posted By: Matt Jackson

The fatties are biting! I’m sure the bite will be on for the Fish For A Cure, I cant wait!
© 2021 Texas Fishing Forum