WHO I FISHED WITH: This morning, Wednesday, Oct. 27, I fished with returning guest Gary Jones. Gary is retired from the banking business and makes his home in Temple. We first got acquainted when he and some buddies came out after bidding on a gift certificate at a local fundraiser for the Ralph Wilson Youth Club. Since then he’s come out on his own with the goal each time of “getting smarter” on fishing Lake Belton before his new Boston Whaler delivers in November.

Gary was originally scheduled for Thursday, but my “read” on the weather told me today would be the day, so, I shared my hunch with Gary and, fortunately, his schedule was flexible. Here’s how it went…

My next three openings will be on 6, 7, and 8 December. Weekday mornings are always best. 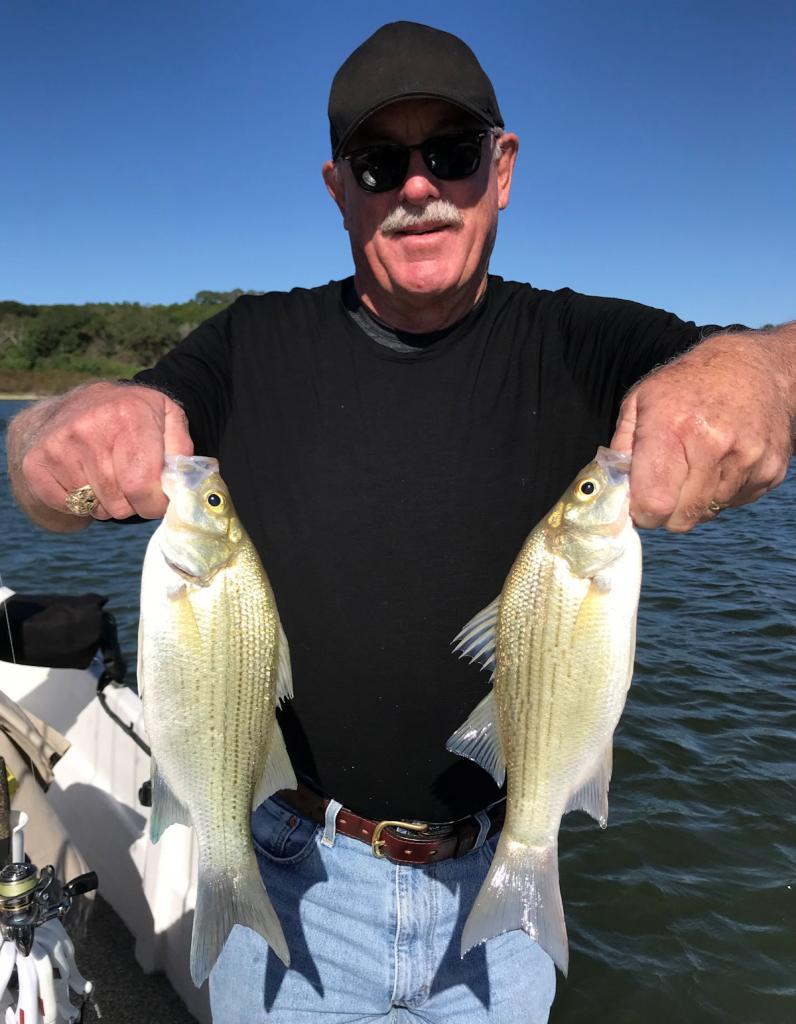 PHOTO CAPTION: Gary Jones of Temple, TX, with 1% of our 200-fish catch made under pre-frontal conditions this morning on Lake Belton working MAL Heavy Lures vertically.

I’d been watching the weather forecast (actually, multiple forecasts) like a hawk since late Monday, trying to see when this most recent cold front was going to come, and how soon and how strong the winds would be after the stormy lead edge moved east of us.

It could not have worked out any better. The storm front arrived around 4:30AM with the usual wind, rain, and lightning. Once that violent weather moved east, a period of gentler, steady rain fell until right at 7:30AM. We got an accumulation of 0.8 inches.

I’d planned to meet Gary at 7:20. We sat in the cab of his truck and caught up a little and went over the morning’s game plan as I glanced routinely at weather radar watching the last of the rain move out. We were on our first fish by 7:45AM.

The clouds in the eastern sky kept the sunrise light levels low, so the bite got off to a slow start, but, once the skies cleared and the winds came westerly, it was game on for a full four hours.

We fished six areas this morning. The fish at the first area were a bit hesitant as the winds were calm and the light level low. The fish at the second area were all smallish, so we went hunting better size. The last four areas we hit all had solid numbers of solid fish, so we fished each one until the bite peaked and then began to taper. As soon as a hint of decline in activity was detected, we moved on to find more fish. This was possible because the fish were absolutely tearing it up this morning, feeding hard, and were positioned up off bottom so they were very easy to detect on sonar. I therefore had no qualms about leaving fish to find fish because I had full confidence that we’d find more.

All but two of our 200 fish came on the MAL Heavy with silver blade and white tail fished vertically in the lower third of the water column in conjunction with Garmin LiveScope. Those other two came as I attempted a sawtooth retrieve, but, as has been the case in the past as the water cools, the fish demonstrate a definite preference for vertical movement over horizontal movement. To wit, I removed my downriggers for the season early last week as I saw this trend developing.

Gary was great to have aboard. When I saw minor flaws in his technique, he gave me permission to point them out, was appreciative of the observations, and made good adjustments which resulted in more fish in the boat for him.

By the 4 hour mark, we lacked 18 fish for a 200-fish morning. We fished another 16 minutes to catch those last 18 fish, and then headed in for lunch right at noon.

Of the 200 fish landed, 187 were white bass, with 9 juvenile hybrid striped bass, 1 freshwater drum, and 3 largemouth bass mixed in.

Wind Speed & Direction: Calm at trip’s start, with a gentle breeze from due west rapidly building to 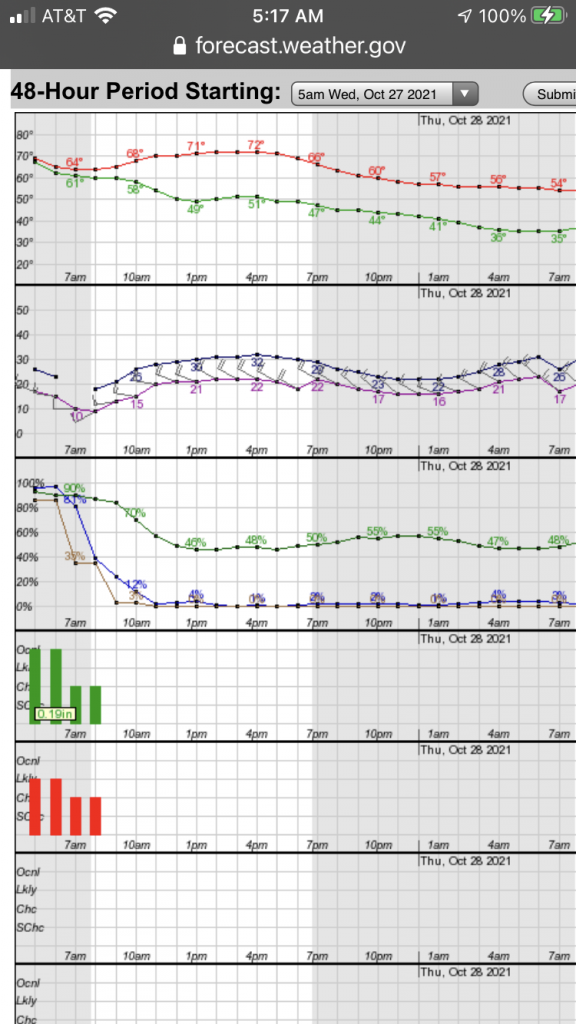 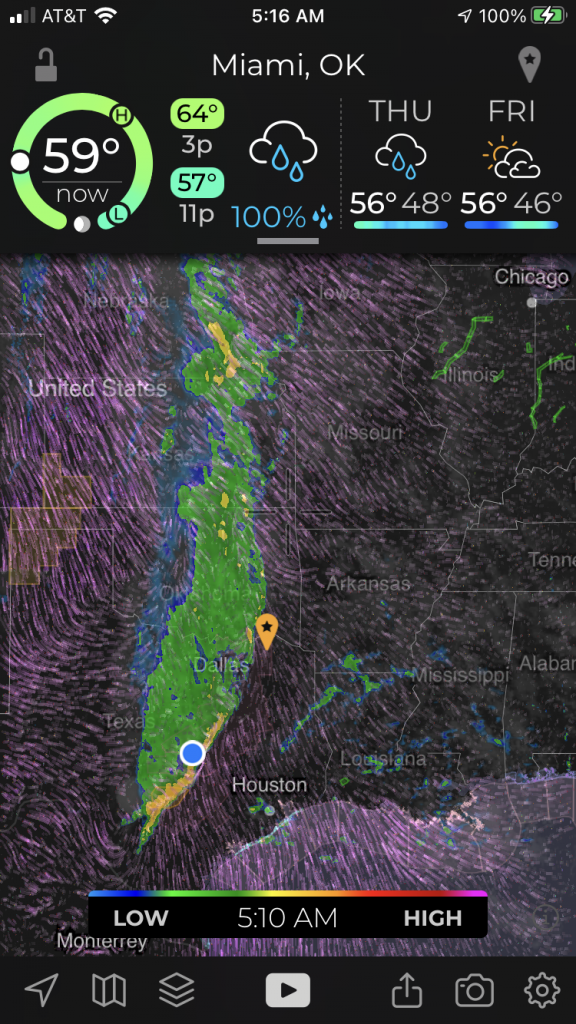 CAPTION: This was a snapshot of the front’s progress about 2 hours out from our start time this morning.