WHO I FISHED WITH: This morning, Tuesday, October 12, I fished with returning guests Brian Parker and Lucindy Packer, accompanied by first-time guests Mike and Kay Rush, Brian’s sister and brother-in-law, all from out west of the Waco area.

Despite the wind and rain, these hearty souls landed 138 fish during their 4-hour trip. This was our 8th consecutive trip tallying 100 or more fish, thanks to cooling of the reservoir, leading to a breakdown of the thermocline.

My next three openings will be on 9, 17, and 30 November. Weekday mornings are always best. 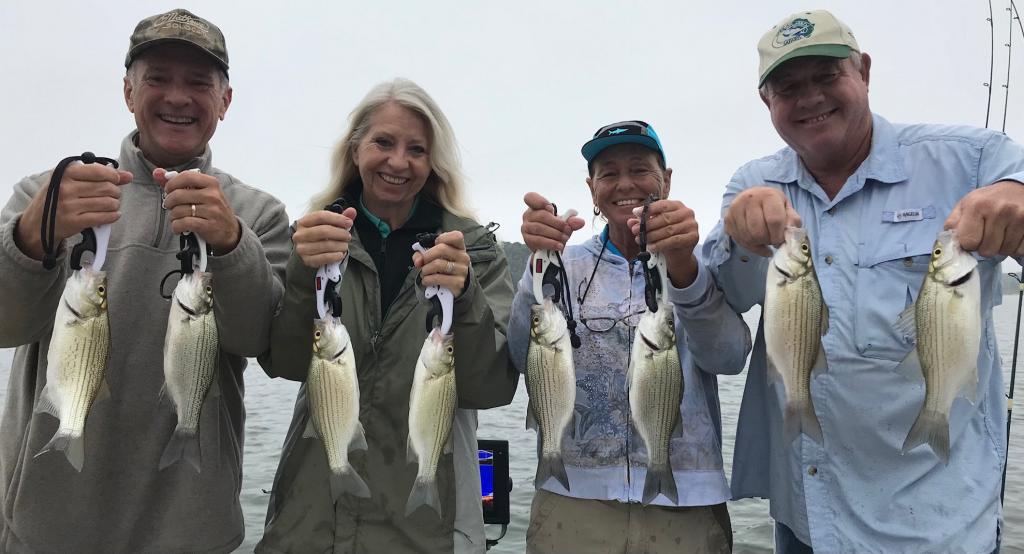 I’ve now had eight consecutive trips with over 100 fish caught.

The 180-degree change in wind and weather in such a short time (since yesterday’s cold-front conditions) definitely impacted fish location and behavior this morning.

Areas which had been producing consistently over the past three weeks offered slim pickings this morning, forcing me to find fish in new locations. Also, despite solid fishing using horizontal tactics all summer and up through yesterday morning, the fish this morning wanted only a vertical presentation. Of the 138 fish we landed, only 6 came on the attempts we made at fishing the horizontal sawtooth method.

I also noted that the fish that made up our catch this morning were, on average, smaller than on any of my previous seven trips made since turnover.

We fished five locations this morning, all in 28 to 36 feet of water. We sampled several other locations which held fish, but found those fish disinterested, so, instead of wasting time hoping they would turn on, we kept moving and sampling (with lines in the water and Garmin LiveScope playing) until we found cooperative fish. Aggressive fish would actually swim up off bottom to “greet” our lures as they fell. Less aggressive fish would remain on bottom, but follow our lures upwards as we retrieved our MAL Heavy Lures through the water column.

Of the 138 fish landed, 130 were white bass with 2 freshwater drum and 6 juvenile hybrid striped bass in the mix.

OBSERVATIONS: More teal and coots continue to filter in and, around 8:45, a large flock of migrating laughing gulls numbering about 70 birds flew over the lake from W to E, but passed on. 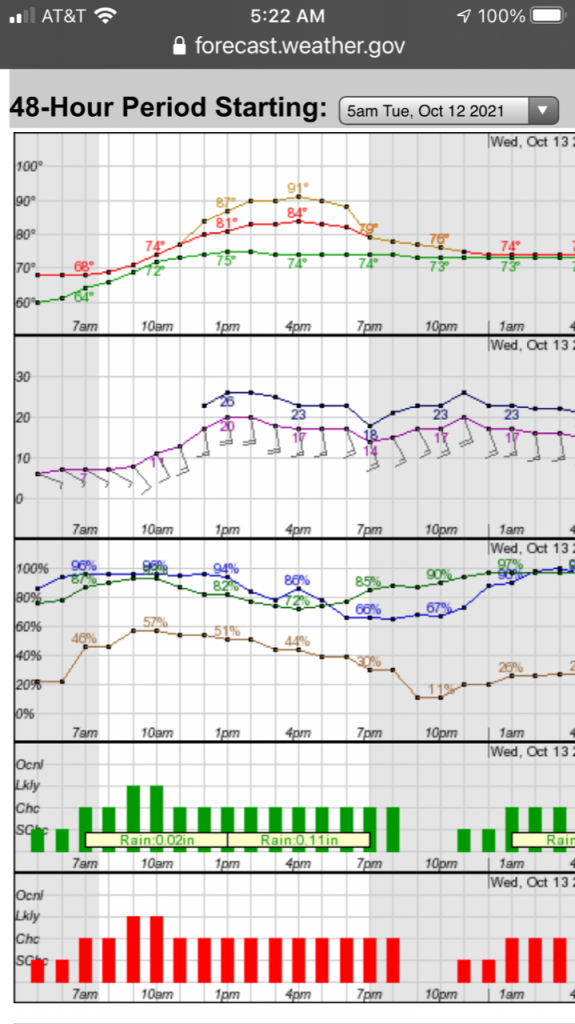 Your reports are super detailed and amazing, Bob. Keep up the good work and thank you for your service to this great nation