WHO I FISHED WITH: This morning, Saturday, September 25, I fished with returning guests Dr. Josh Good and his 14-year-old son Jacob. Also joining us were two first-time guests — Josh’s wife, Jamie, and Josh’s father-in-law, Jim, from the Shreveport/Bossier City, LA, area.

The trip was in celebration of Fathers’ Day for Jim, however, Jacob also turns 15 tomorrow, so, we had to treat him well, too!!

Josh is an anesthesiologist with Baylor Scott & White, Jim retired from working at the airport in Shreveport, Jacob is a freshman at Central Texas Christian School in Belton, and Jamie works to make Josh, Jacob, and his 13-year-old sister, Jenna, successful. 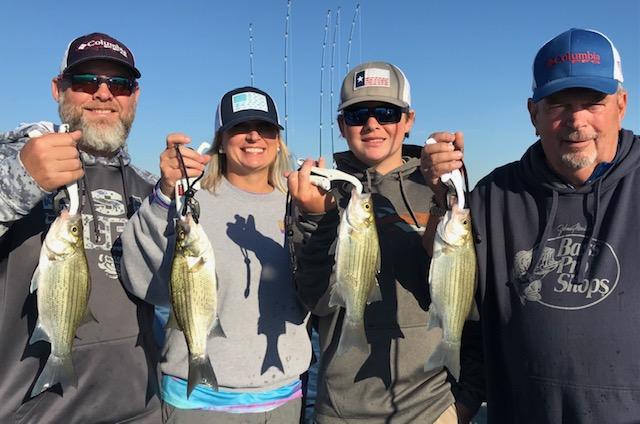 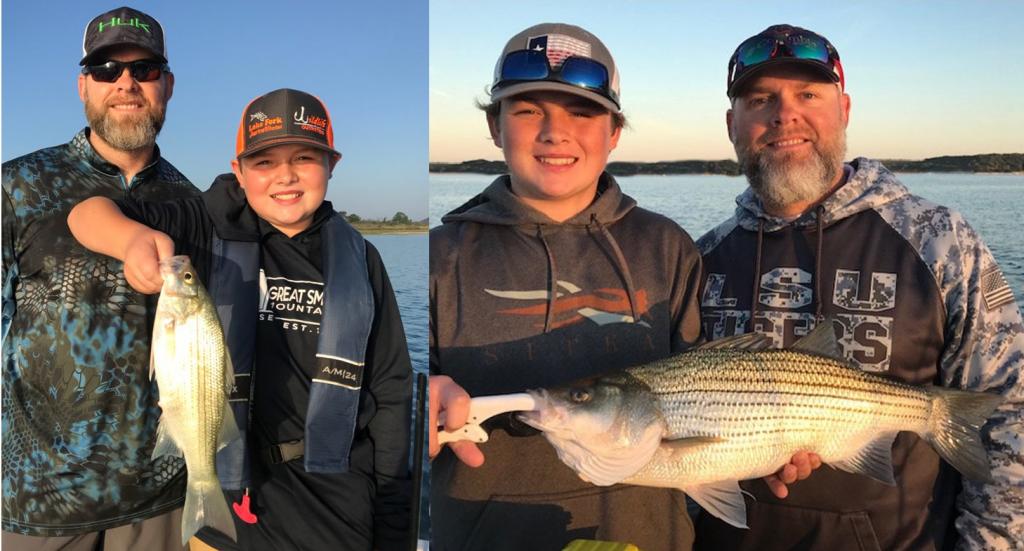 Today was one of those days that make you glad you’re a fishing guide. The fish were where they ought to be for the conditions we had, and they bit for a full 4 hours. My clients were willing to be coached, and, as a result, they caught fish from start to finish with a handsome final result.

We began our day up shallow, anticipating a low-light bite with the returning south winds following Tuesday/Wednesday’s first significant cold front of the autumn. Side-imaging revealed plenty of fish with hardly a boat in sight, which, on a Saturday, is nothing short of miraculout. We cast MAL Heavy Lures with white blades/chartreuse tails on light braid horizontally and worked them back to the boat with a sawtooth retrieve which I’d coached everyone on before we left the launch site. We put 17 fish in the boat, including 16 white bass and one hybrid striper before the sun rose, and then followed the fish back offshore as they moved,.

As the fish retreated to deeper water, they scattered, so, we used twin downriggers to present Pet Spoons on 3-armed umbrella rigs very precisely 2-4 feet above the level at which these fish were holding — out into as much as 40 feet of water. We took singles and doubles for about an hour’s time before these fish quit. The downriggers produced 31 additional fish.

What we experienced next is where the “measurable improvement” comes in. Thanks to the recent cold front, and the several nights with lows in the 50’s which followed, the thermal stratification which has existed all summer has begun to break down (see temperature profile under the Observations segment below). For the first time since late May/early June, I found congregated fish on bottom in more than 40 feet of water, and these fish were ready to eat.

We spent a full 90 minutes at the first of two such deepwater areas, putting another 54 fish in the boat by working MAL Heavy Lures with silver blades and white tails vertically in conjunction with Garmin LiveScope. We milked this area until the fish quit, as I was not sure if this was now going to be the rule, or an early fall exception. Once the bite here quit, though, it was time to find out.

I went to another ~40-foot deep area, combed it over well with sonar, and, sure enough, more congregated fish on bottom. We put a final 20 fish in the boat on two “short hops” in this area and, with the family’s previous trip tally of 120 fish now bested by 2 fish, called it a good morning as the bite finally died.

OBSERVATIONS: The temperature profile as detected from the surface to 60 feet this morning using a FishHawk TD device was as follows:

Sky Condition: Skies were under 15% white cloud cover on a blue sky 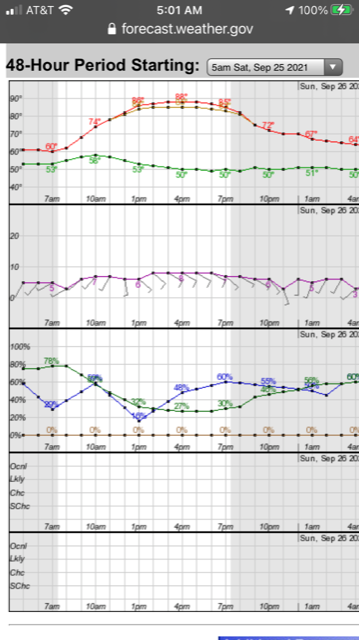 I used your MAL heavy lure today and we nailed the white bass to the tune of 315 fish in 3.5 hours! I tried a few slabs just for fun and it took three or four cast to hook into the fish when the MAL lure would consistently catch them every cast. I just can't get over how effective your lure is! My hat is off to you good sir : )
Posted By: Holding The Line

Thanks, Clay. Just out of curiosity, which version were you using? Original? Heavy? Chartreuse tail, or white?

I always appreciate constructive input, positive or negative, from all of my fishing and lure-buying clients, but, input from other guides is especially welcome.