After a long time away I finally got to hit my beloved Lake Athens. It has been a while since I have gone out because of a major blowout in my float tube. I finally placed an order for a new one directly from Caddis Float Tubes. They had a factory blem in the style I really like so I placed an order. Tube only cost $79. Not sure what they are considering to be a blem on it though. I looked it over really carefully and I sure don't see any blems. It holds air just fine and that is the main thing. 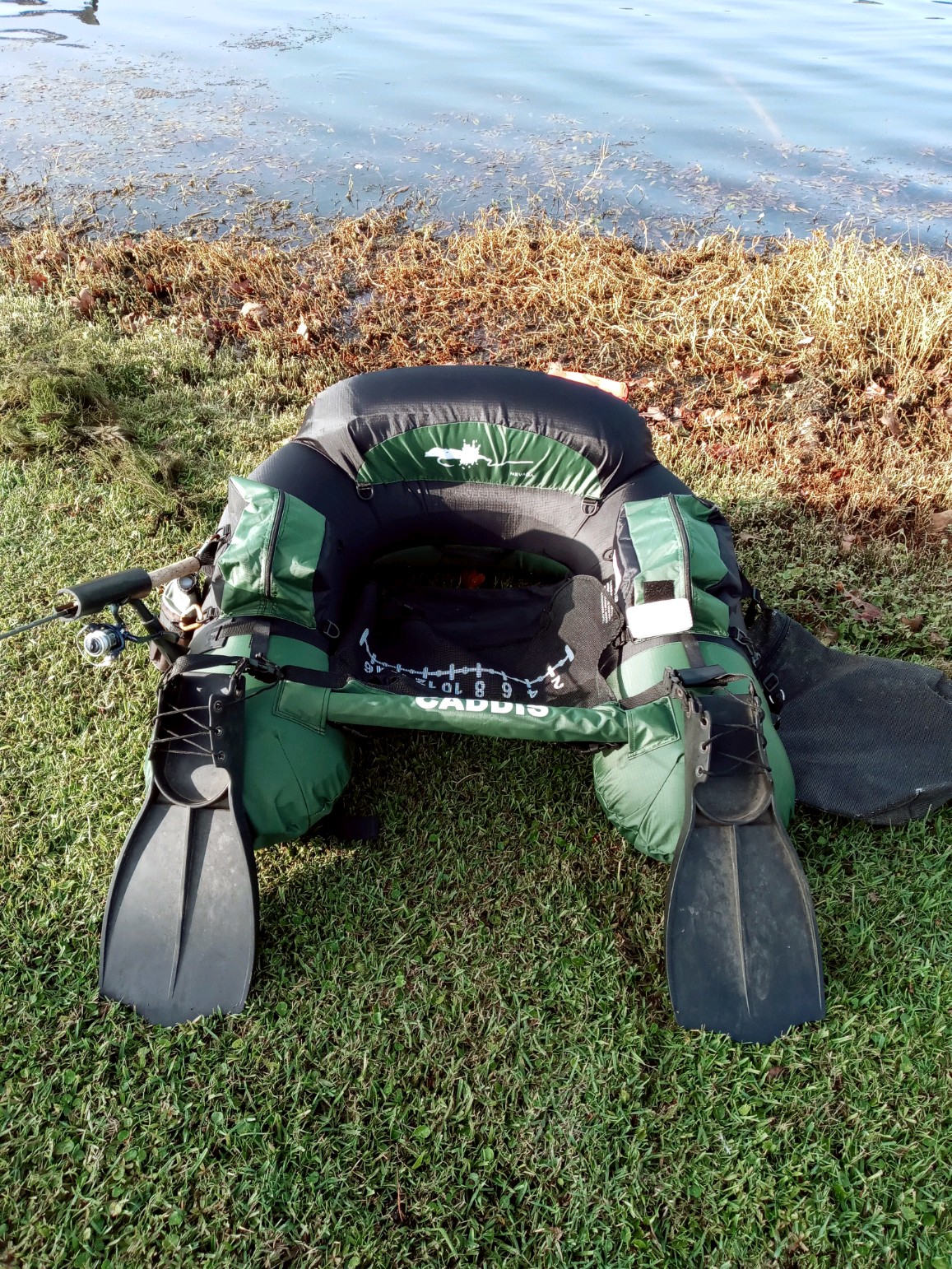 After I got on the water I headed to one of my favorite spots, tied on a 1/64th oz jighead, put on a piece of crawler and commenced to reel them in. 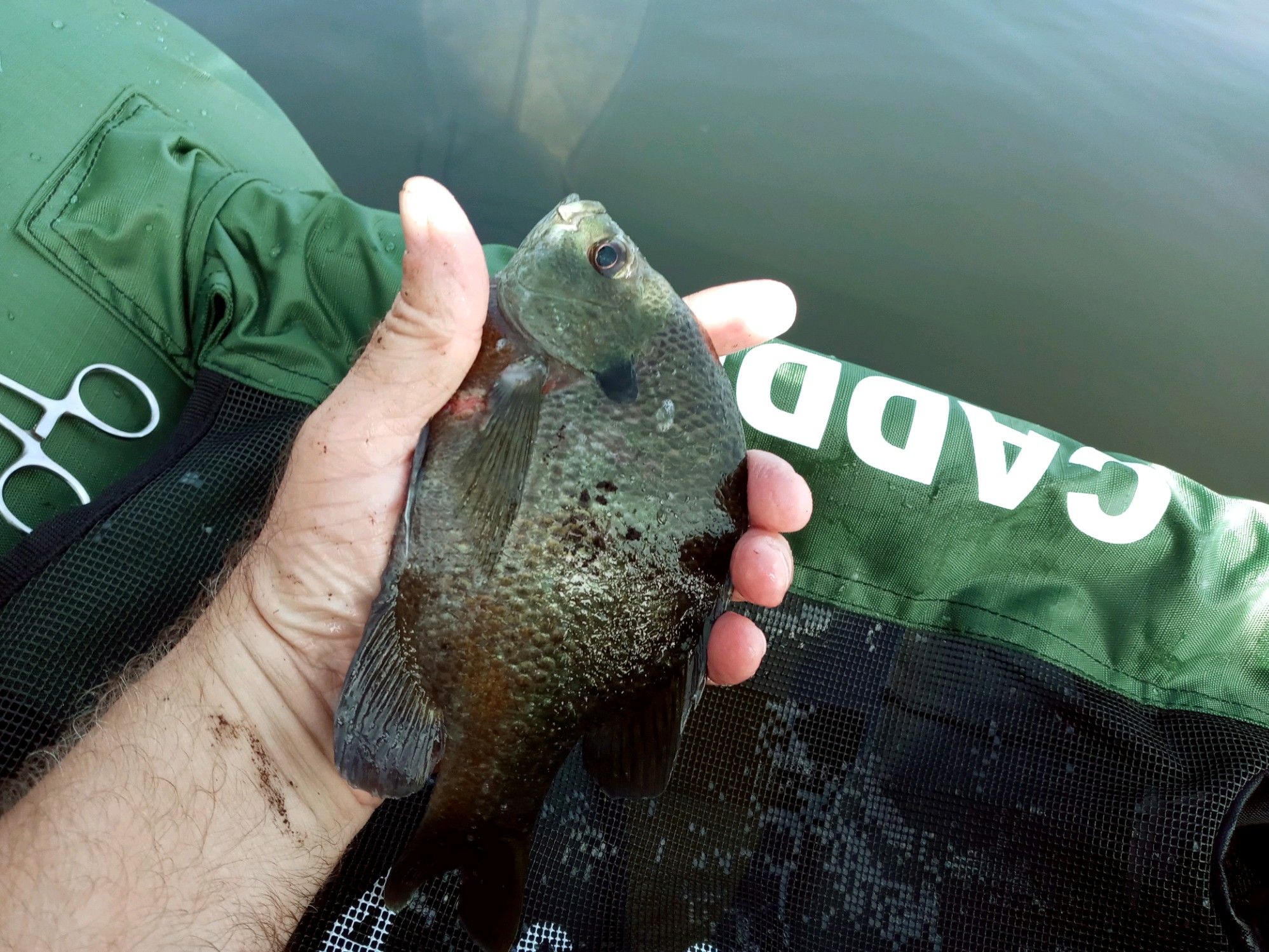 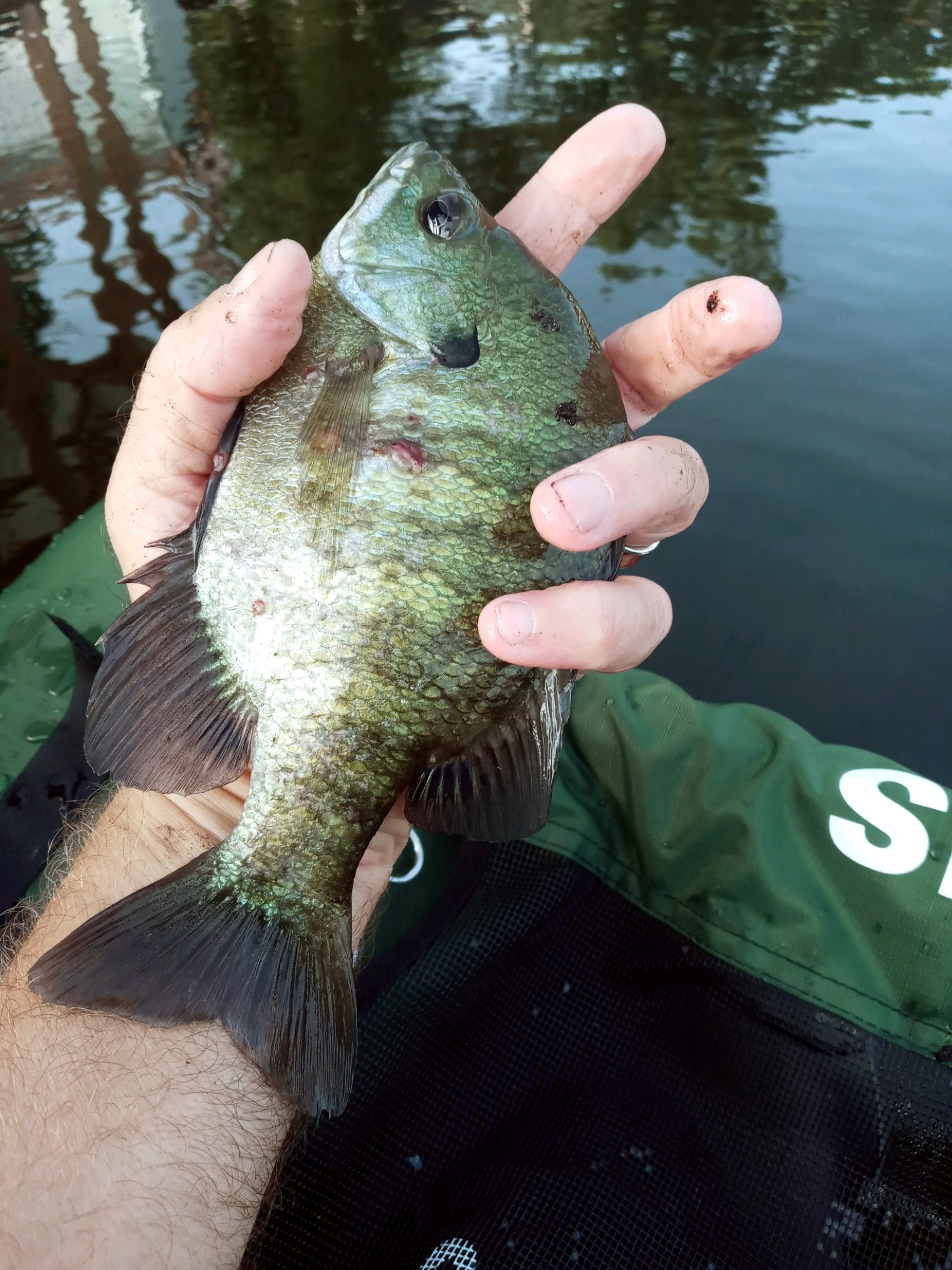 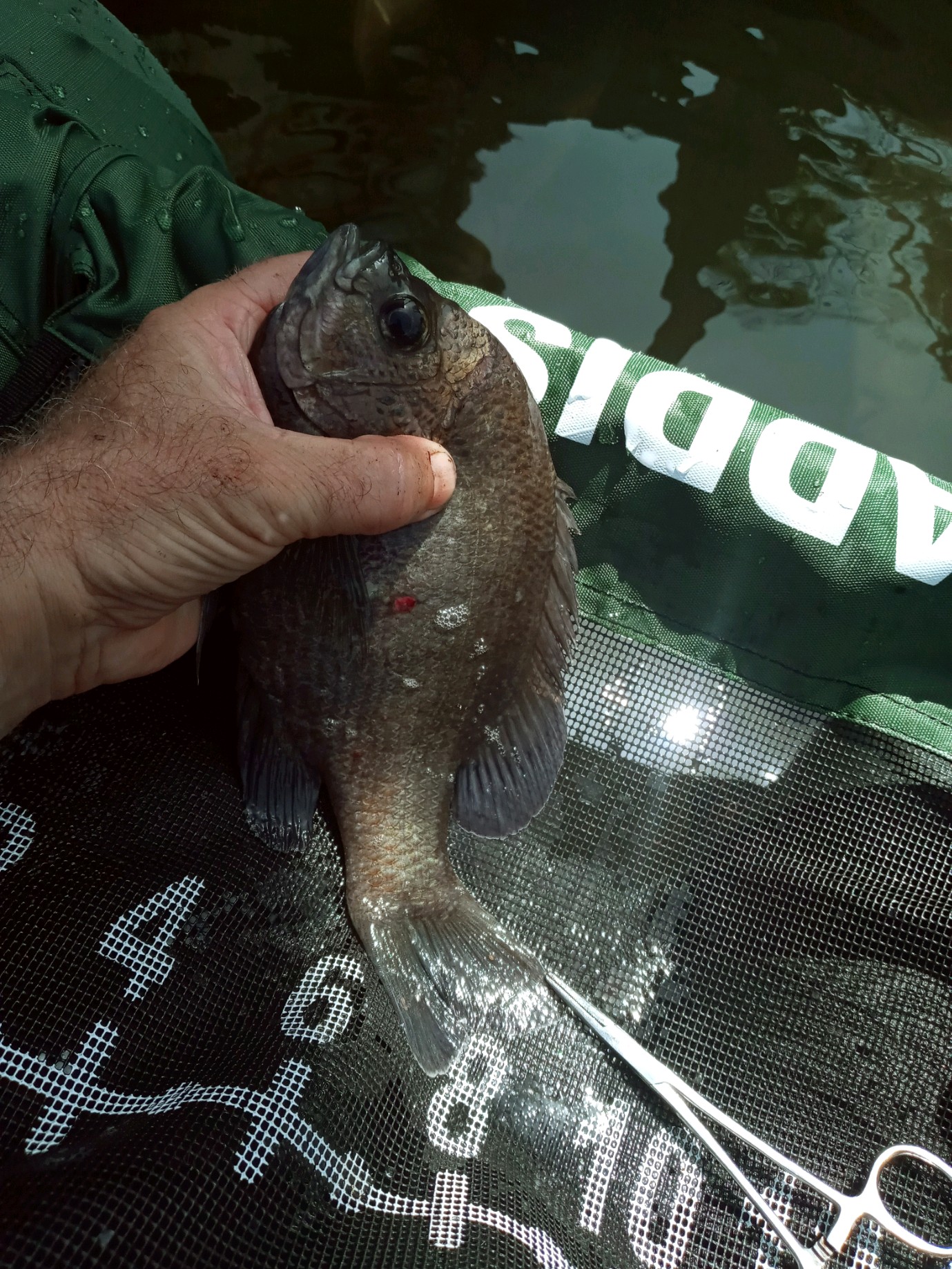 Lots of fish at the first spot but nothing really big. They went from 3 inch dinks up to about 8 inches. What they lacked in size they made for in numbers. After an hour or so of non-stop action I moved over to a cove that is pretty good for shellcrackers. As usual they were there and I pulled about 2 dozen out of the cove and they were all pretty much carbon copies of each other at about 8 inches long. Nice fat fish and full of fight. 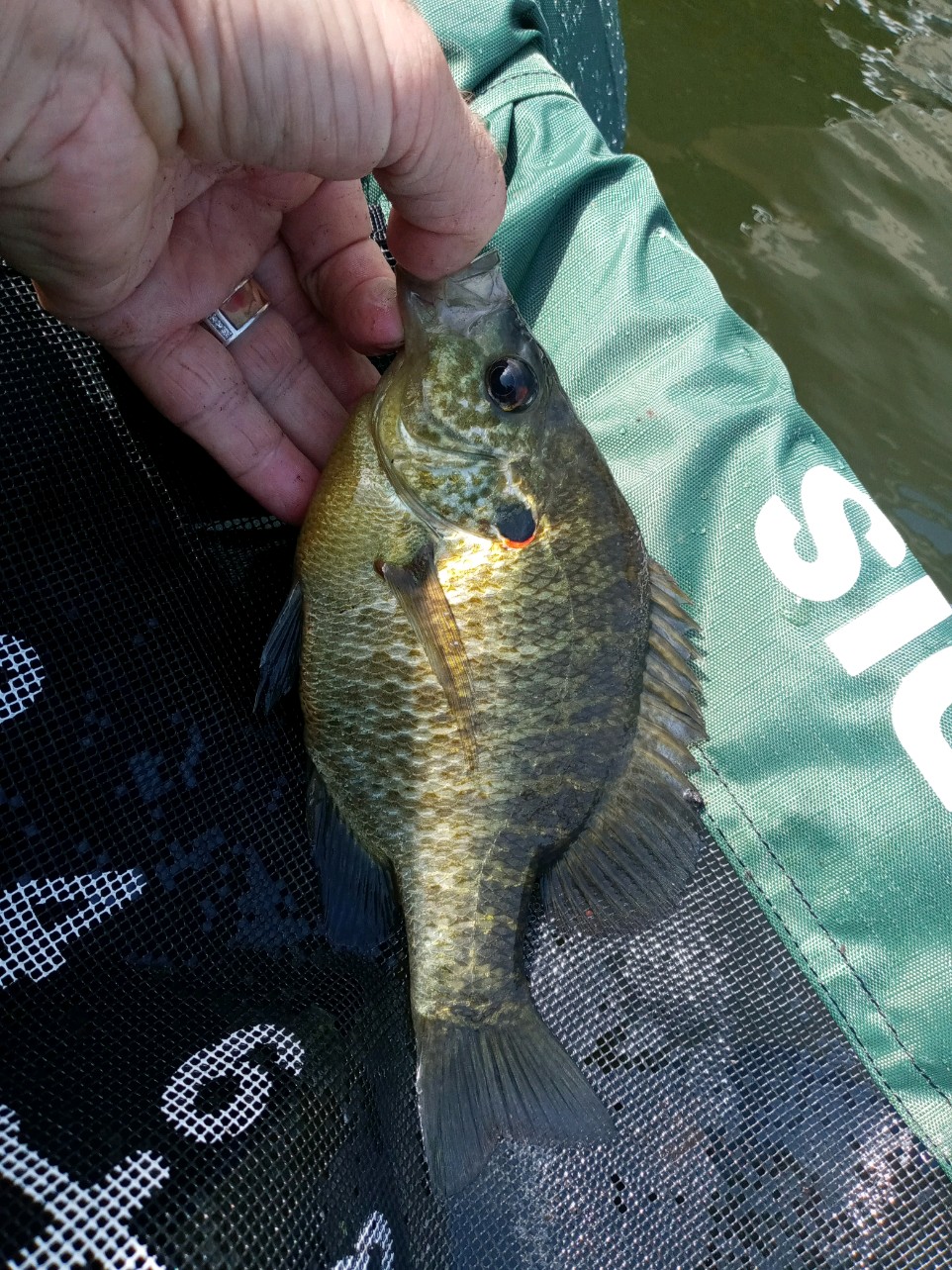 I know there are better fish in the lake than I had been catching so I moved to a boathouse that has a pocket of deeper water on one side that is always good in the fall. I kept getting my bait stolen and figured it was smaller fish so I went to a 1/100th oz jighead. Well, they weren't small, they were just slick at sucking the pieces of crawler off a hook. In that one pocket there were big slabs stacked one on top of the other. 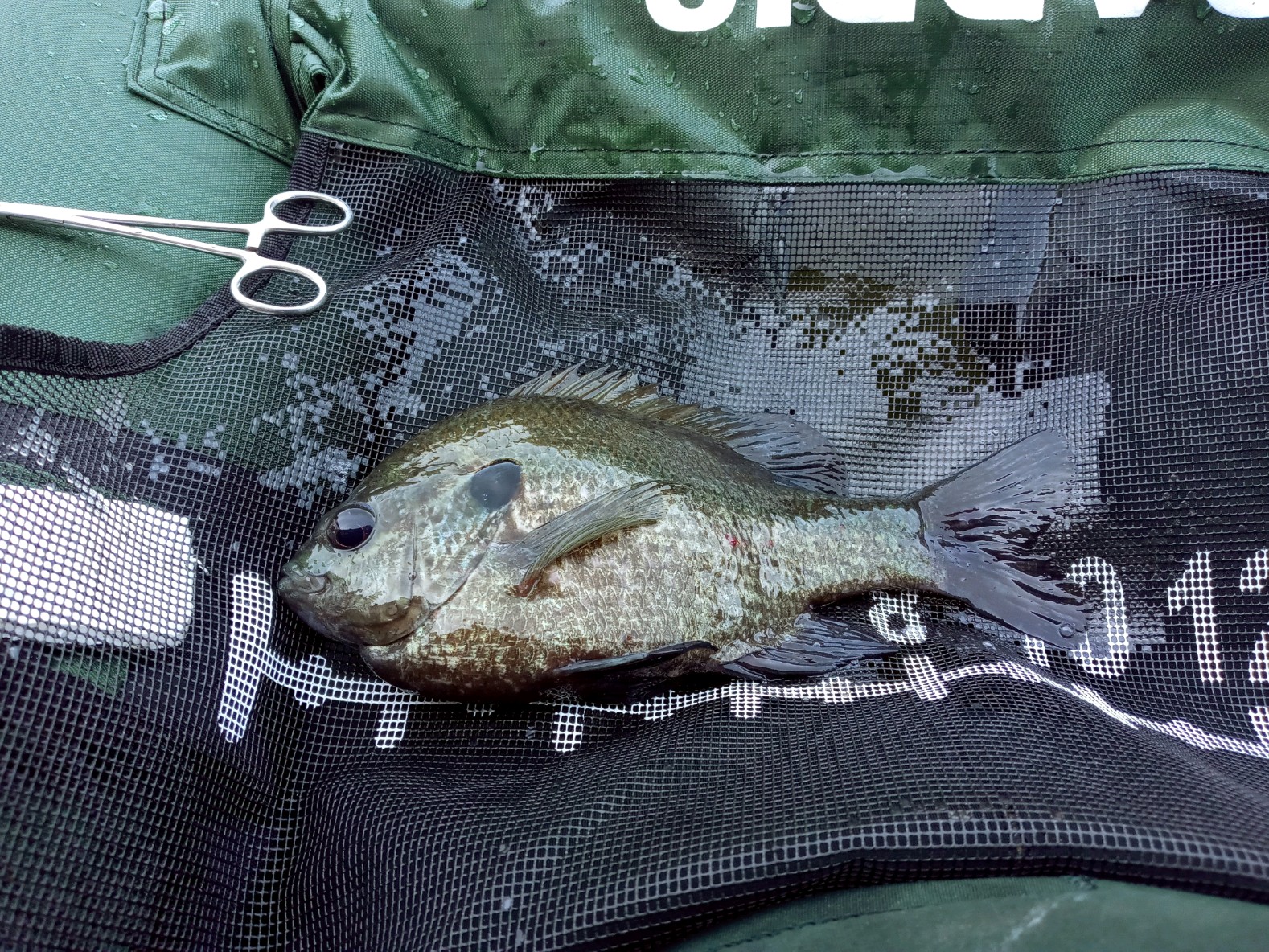 You have to really love a lake where catching honest to god 10 inch slabs is nothing unusual. They flat out wore me out in that pocket. Don't know how many fish I took in total but it was probably between 80 and 100 for the day which is a really good day out of the float tube. This was the big fish of the day. I didn't bother taping him but I'm guessing he was right at 11 inches, maybe a touch more or less but close to 11 and really fat. I'm certain this fish went over a pound.

All fish were released to fight another day but on the way home I stopped by a wild pear tree I know of. It was hanging heavy with fruit so I took some home to make into pear butter using my late grandmother's recipe.

Life is good in East TX. Cheers Y'all!
Posted By: doctorxring


Nice report on a great day on the water !

Congrats on the new tube. She looks really nice.

I’ve got Athens on my list. Going to go next spring if my boat comes in !

Posted By: Laker One

Breaking that new float tube in the right way with a bunch of relly nice slabs!

Looks like your tube has the fish cathing mojo!

Side note: Were those pears sweet?
Posted By: Flags

Originally Posted by Pot licker
Side note: Were those pears sweet?

Yep. Like sugar. Since they are tree ripened they are better than the ones picked green for the stores. Can't beat good fruit, especially when it is free.
Posted By: Pot licker

Yep. Like sugar. Since they are tree ripened they are better than the ones picked green for the stores. Can't beat good fruit, especially when it is free.
Yummy! Totally agree