This is the story of a small company just outside of Gainesville, Texas that wanted to do something special for the men and women of the US Military. Patriots for Patriots is a contest that launched on July 4 and closed on Veterans Day, 2019. The contest was inspired by a customer who ordered a Patriot Pontoon Boat for his WWII Veteran dad. Brad was so touched to learn that a Patriot would be fishing from a Pond King Pontoon boat that he not only gave Daniel his boat, he decided he would give away five more, and that is how Patriots for Patriots came to be.
"Everyone who entered this contest was deserving of our thanks and recognition, so I'm relieved this was a random drawing," says Metzler. "It would have been nearly impossible to pick only one winner from each branch.” Here are the five grand prize winners:

As part of the 3rd Battalion Amphibious Assault, Metzger served in OEF and OIF. He deployed a total of 3 times: twice to Iraq and once to Afghanistan. His "non-combat" deployments include Thailand, Okinawa, and Korea. But Metzger's life post-military is the extraordinary part of his story.

Like many veterans, Metzger has PTSD, and despite being 100% disabled, he manages to show up every day to support his family, to the fullest extent of that word, with a smile. What makes that so incredibly inspirational is he does this for his 2-year old son, who suffers from a severe heart condition and has already had several major surgeries. According to his friends who entered him into Patriots for Patriots, "Metzger is now conquering life after the military … by still kicking butt and taking names." Pond King delivered Metzger’s boat on Monday, December 23, 2019. 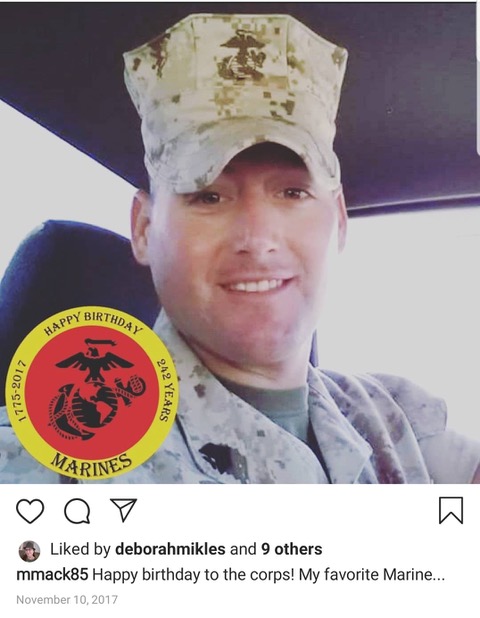 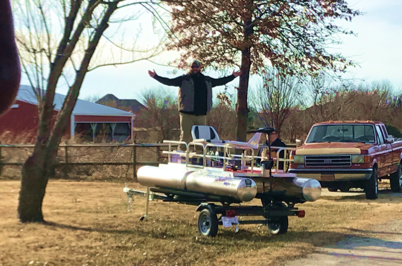 By all accounts, Bauman is an inspiration. He was a Seabee in the Korean War, attached to the Amphibious Construction Battalion One Unit. Bauman and about 60 others were responsible for building an airstrip on the island of Yo Do on the 40th Parallel.

From a tank landing strip (LST), Bauman's unit launched and built a road to get all equipment to the island. There was some enemy artillery fire, but they were protected by a battleship, some destroyers, destroyer escorts, and the LST. All the men in Bauman's unit were awarded medals and commendations, and, incredibly, none were injured. A segment can be seen on Oliver North's War stories, and an article was written on Wikipedia.

While in the war, Bauman received letters from a friend, one of which included a photo of his friend's cousin, Betty. Bauman was immediately smitten, and upon returning from the war, married Betty and has remained in love for the past 68 years.

As a civilian, Bauman has inspired many generations as a teacher, first in the school system, and then in the fishing industry. While working for Pradco Outdoor Brands, Bauman had the opportunity to teach anglers of all ages fishing techniques and was also an integral part of a national campaign to clean up our streams and recreational areas. Bauman lost both of his lower legs to diabetes and has been calling about the Patriot pontoon boat since the day it was launched. Between his bonus entries and all the others who nominated him, Bauman had almost 500 entries in the contest. Pond King delivered Bauman’s boat on December 11, 1029. 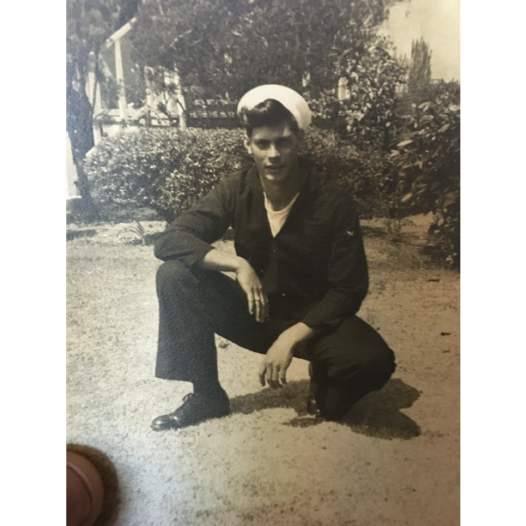 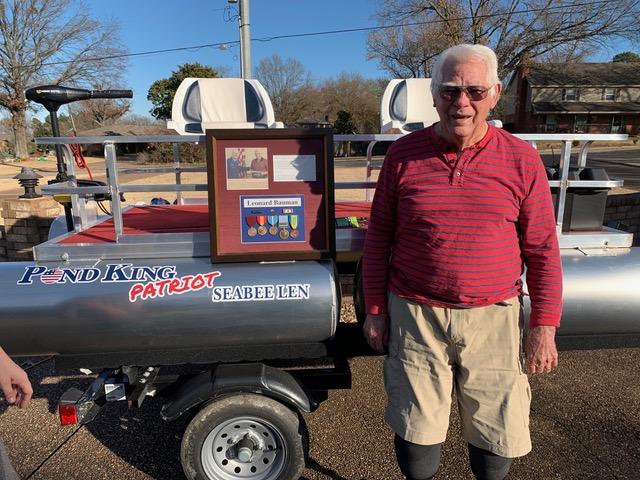 Dieter has been active duty in the military for the past ten years and plans to continue to serve for the foreseeable future. Dieter was deployed to Iraq but is now stationed in Grand Prairie. What makes his service notable is that he, like so many others, is a loving husband and father, and active community member, but still chooses to serve his country. Dieter has been married for 12 years to his high-school sweetheart, Alli, with whom he shares five children ranging in age from 7-months to 11-years old. He is very involved in the local community and has delighted many Lindsay residents and ISD students by flying a Chinook Army helicopter to the school on Veterans Day. Pond King delivered Dieter’s boat on Friday, December 13.

Captain Chad Dieter and family with their new pontoon boat 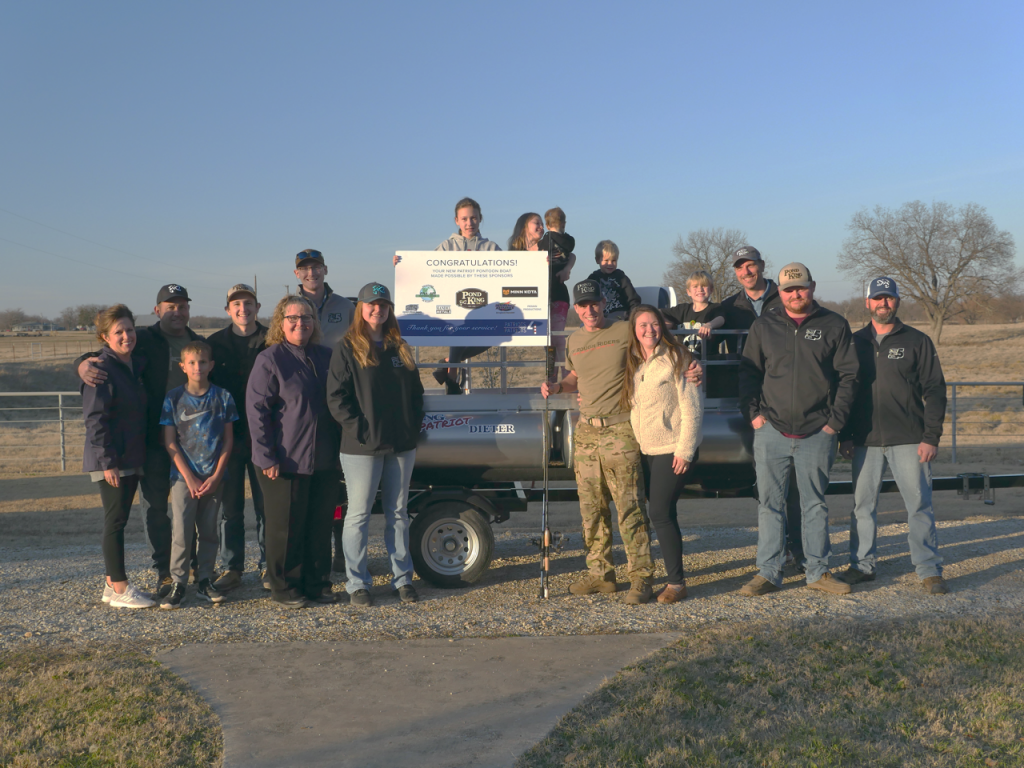 Jergons now hails from Pennsylvania. She and her sister are both disabled veterans. They have been fishing buddies all their lives - and refer to themselves as the Castin' Coasties. At one point, her sister had a bigger boat but had to sell it because it was too much to maintain with their disabilities. The Patriot will be perfect for them, and we’ll be delivering their boat early in 2020. 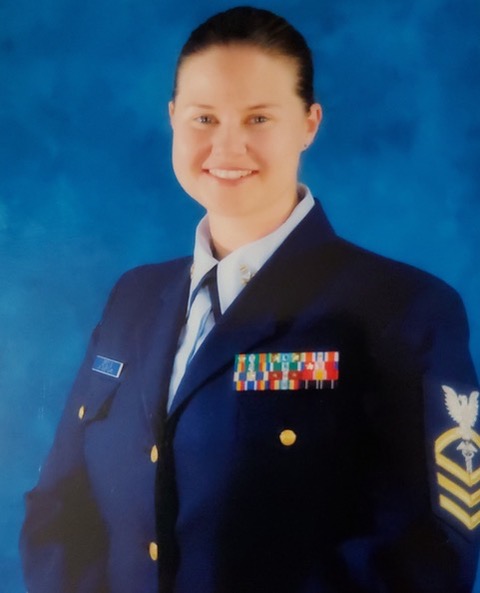 Major "Tommy Boy" Hersch nearly didn't make it home from his final combat deployment. His flight from Qatar to Afghanistan had to be diverted into Pakistani airspace due to unforeseen circumstances involving an unfriendly nation. Pakistani air traffic control demanded that they route back to their flight pattern. When they did so, they flew into a lightning storm that caused the jet to drop 3,000 feet in about a second. Knowing that every day is a gift, Tommy plans to share that gift with anyone and everyone he can.

Tommy's dad is an avid fisherman who instilled the love of fishing in his son. While his dad doesn't get around like he used, he and Tommy still fish together. The two volunteers for Live Well Go Fish - a nonprofit organization that assists disabled veterans with fishing trips. Tommy's boat will deliver early in January 2020. 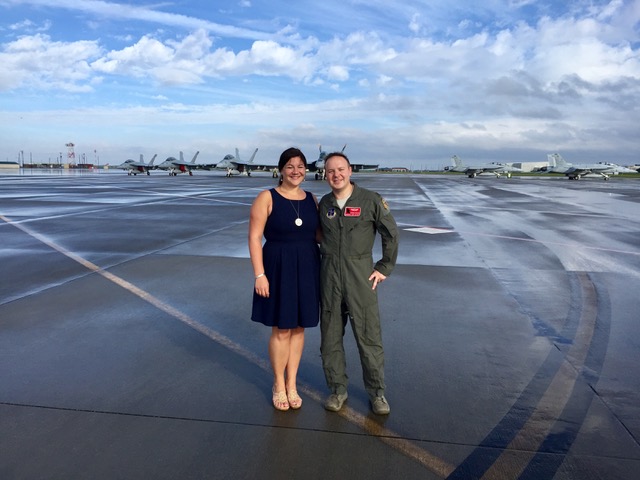 This is the spirit that exemplifies Americans. Bravo to the owner of Pond King for showing why we are alive on this earth; to help our fellow man.
Posted By: T Bird

So generous of Pond King Pontoons. Good all over you guy's

Never do I go through Gainesville without stopping at Pond King. They have a great selection of tackle and some really good specials. What they have done for these veterans is a great thing.
© 2020 Texas Fishing Forum