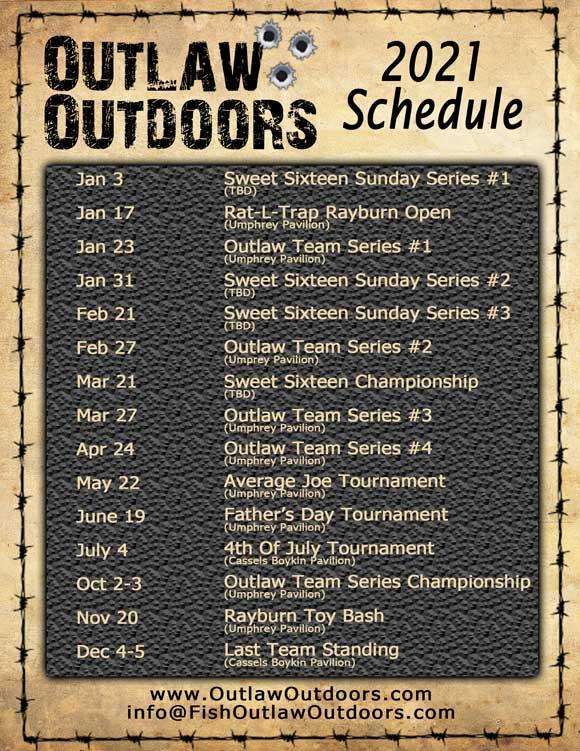 Talked about fishing Outlaw tournaments but heard that someone got banned after winning one of your tournaments. Usually get disqualified if you break a rule...then no win and banned. How can this be explained?
Posted By: Outlaw Outdoors

Not a single person is banned from an Outlaw Outdoors tournament. We have a rule in place that states we do not allow guides or professional anglers ("professional angler" defined as anyone that plans on fishing MLF, FLW Tour or Bassmaster Elite series in the upcoming year or fished it the previous year).

There was a team that broke a TP&W law in one of our tournaments, and I gave the team the option of withdrawing their fish or taking a DQ. They chose to withdraw their fish resulting in a zero for that day. Therefore, they did not win anything in that event. That team is not banned from our tournaments.

Hopefully this cleared things up, and we will see you at a few of our tournaments in 2021....or better than that, hope to see you at the Rayburn Toy Bash Tournament on November 21.
Posted By: Jimfishes

Thanks for the explanation! There is a guy named Todd C. on Youtube claiming he won an Outlaw tournament and is now banned. He gave no explanation. Obviously, there is more to the story! Thanks again!
Posted By: Outlaw Outdoors